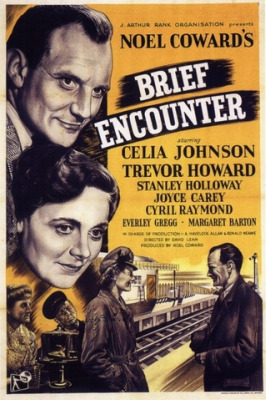 Brief Encounter is a touching and powerful film about two ordinary people who fall in love, despite both being married to other people.

It is beautifully filmed with a great score (Rachmaninoff), but the central theme of decency and morality does tend to divide the audience. Some viewers find it passionate, moving, and a great reflection of the attitudes of 1940s England. Other viewers find it frustrating, mundane, and unconvincing. And some people think of it as a science-fiction classic, one of Spielberg’s best, dealing with the interesting subject of mankind’s first contact with extra-terrestrial intelligence in a thoughtful yet exciting manner. However, this last group of people are confusing it with a different movie entirely. Idiots.

Well anyway, we like it. It is true that the terribly terribly posh English accents take some getting used to, but stick with it, it’s worth it.

Click below to watch a clip:
(If you cannot see the clip below, your browser may need adjusting)

The train started to pull out of the station just as the staring match was getting interesting.

Laura and Alec, a housewife and a doctor respectively, first meet by chance at a railway station. Both are happily married to other people, but despite this they become friends, meeting regularly on their trips into town, and gradually they fall in love.

They both fight their feelings, but one night Alec convinces Laura to go with him to a friend’s flat that he has keys for. They appear to be about to consummate their relationship when the friend returns unexpectedly, and Laura flees out of the back door.

Feeling guilty, they decide that their relationship has to end before it goes too far. Alec announces he is leaving the country with his family.

They agree to meet at the station one more time to say goodbye, but their emotional farewell is spoiled when a nosy acquaintance of Laura’s turns up and intrudes on their final moments together. Alec leaves, and Laura returns to her husband, brokenhearted.

The first time I watched Brief Encounter, when I was a teenager, I remember being irritated by the characters’ inability to take control of their own lives and make themselves happy. Watching it again now though, a couple of decades later, I am not so sure.

I cannot decide if Laura trapped is in a loveless marriage, or just confused by the excitement of a fresh romance with the result that she could not see how good her relationship with her husband really was? Either way though, while watching the movie, should we have been willing her on to abandon her old life – what about the children? She was too decent to do that though.  It makes me wonder how many twenty-first century couples would put aside their own happiness for the sake of their family? Divorces are much more commonplace nowadays, and many children come from broken homes. Is the world a better place for it? 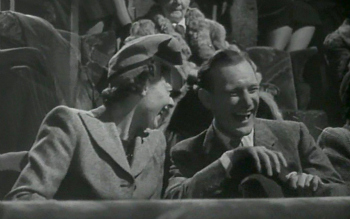 They both loved the captions on black-and-white-movies.com

It would however be wrong of me to suggest that all people in 1945 were decent, and all modern people sinners. Brief Encounter came out in 1945, the same year as The Picture of Dorian Gray, The Lost Weekend, Mildred Pierce, and The Wicked Lady – movies in which central characters respectively debauch their way around London, drink themselves to death, have affairs with their stepfathers, and … well, I haven’t actually seen The Wicked Lady, but I am guessing from the title that her behaviour was less than impeccable. And also, let us not forget that the Germans in the 1940s were very very naughty indeed.

Brief Encounter was remade in 1974 with Richard Burton and Sophia Loren. It was not a success. According to our sources* Hollywood is planning on having another go at it within the next few years, and the director is rumoured to be Quentin Tarantino. We speculate here on what changes he would make to the original.

10. Rachmaninov replaced with Kool and the Gang.
9. Uma Thurman and Michael Madsen in the lead roles.
8. Instead of a housewife and a doctor, they are stripper and a Nazi.
7. They do consummate their relationship, but on a “missing reel”.
6. The movie they go to see is Bruce Lee’s “The Game of Death”
5. Albert Godby played by Mr T.
4. Due to a bagging mix-up, it is not sugar on the spoon.
3. The line “I wish you were dead” replaced with “Die motherfucker, die!”
2. Instead of returning to her husband, Laura runs off with Alec, and they go on a crime spree.
1. Love triangle replaced with Mexican Standoff. 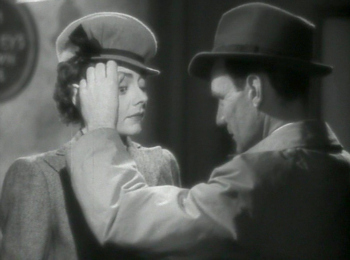 The “I’m a doctor” ruse was working so well that he decided to risk trying the old “I need to examine you” routine.

Director David Lean was well-known as a maker of the grand epic, but it was on his earlier more modest films, where he first proved himself a master of his craft.  In this film he used a number of techniques to great effect – the dramatic lighting, the symbolism of the dark and smoky station, the dramatic score, the sound effect of the speeding train, and (perhaps most effectively) the closeups of Celia Johnson’s eyes to portray her inner turmoil.   The juxtaposition of great passion and English reserve combine to make Brief Encounter one of the most effective tearjerkers in the history of cinema. 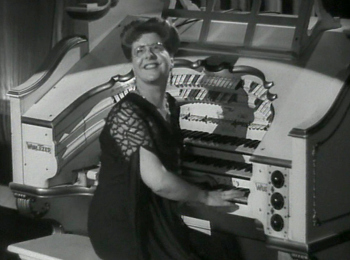 Back to Romance Movies