Romance movies, or “chick flicks” as they are known today, have always been very popular with the ladies.

Watching an old romance movie today, you might find yourself being swept along by the passion, or you might be moved by the decency and honor from a less cynical time … or you might end up shouting at the screen, telling these characters to get a grip on themselves and sort their lives out (yes, Brief Encounter, I’m looking at you).

Brief Encounter
A married woman meets a handsome stranger at a railway station, and  they become friends. As their feelings for each other become stronger though, their ideas of duty and decency seem to be standing in the way of their happiness. 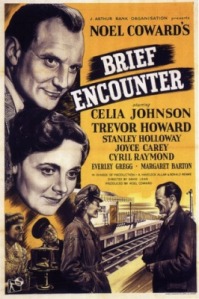 The Ghost And Mrs Muir
A young widow finds herself sharing her home with the ghost of a handsome sea captain. At first he tries to drive her away, but soon they  become friends. 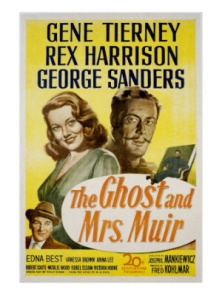 The Enchanted Cottage
A sentimental fantasy about a disfigured war veteran and a homely maid who share a magical cottage that makes them fall in love with each other.

The Philadelphia Story
A haughty divorcee is preparing for her second marriage,
when her ex-husband and a tabloid reporter arrive on the scene.

Roman Holiday
A bored princess evades her bodyguards and goes off for an adventure exploring Rome, where she meets an American reporter.

Casablanca
A bitter and cynical American runs a bar in Casablanca, during World War II. The girl who broke his heart years earlier arrives at the bar, needing something from him.