What is Film Noir?

The term “film noir” is used to describe a particular type of American movie which became popular in the 1940s and 1950s. The term was not used at the time, it was invented by film critics in the 1970s.

“Film noir” is French for “black film”, and film noir movies tend to be dark urban crime dramas, where the hero has a cynical attitude. They often feature private eyes, femme fatales, flashbacks, voiceover narration, and bleak endings. They also have a certain visual style, with low camera angles, and low lighting with lots of shadows. Popular themes include murder, robbery, jealousy, moral ambiguity, amnesia, and mistaken or stolen identity. Not all experts agree on the definition though, and it is not possible to say which films are genuinely noir, or even whether the genre should actually exist at all.
Most classic noir movies are, by today’s standards, badly acted and unconvincing. Even at the time many of them were B movies, and dismissed by the critics. Despite this, a few modern movie makers have attempted to recapture the spirit of film noir in recent years, and they have created a number of successful movies that are often referred to as “neo-noir” – these include Fargo, Blue Velvet, The Last Seduction, Out of Sight, Basic Instinct, and Pulp Fiction. Movies such as Blade Runner and Batman Begins have also been influenced by the style.

If you would like to see the originals though, the following movies are our favorites from among those that are generally considered to be classics of the genre:

Sunset Boulevard
A movie writer down on his luck becomes involved with a monstrous and manipulative former silent movie star, who refuses to accept that her glory days are behind her.

Double Indemnity
An exciting tale of seduction, greed, murder, and betrayal. An insurance salesman tries to help a young woman murder her husband for the insurance money. 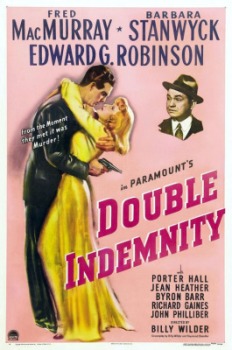 Mildred Pierce
A long-suffering single parent trying to provide for her ungrateful family becomes involved in murder, sleaze, and blackmail.

Touch of Evil
Orson Welles’s other masterpiece – a dark tale of murder, kidnapping, and police corruption in Mexican border town. 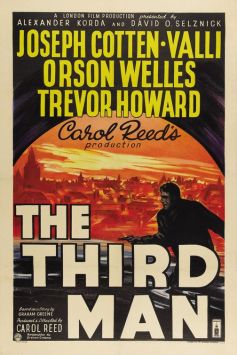