The very first sci-fi movie was 1902’s “A Trip to the Moon”, but the first of the great old science fiction movies was the 1927 film “Metropolis”.

After “Metropolis” most of the science fiction movies made in the early days of cinema were low budget, poorly made B-movies. The public perception of sci-fi (influenced largely by the Buster Crabbe shows “Flash Gordon” and “Buck Rogers”) was that they were silly films about bug-eyed aliens and ray-gun fights, for kids.

It was not until the terribly serious and grown-up 1967 movie “2001-a space Odyssey”, that sci-fi became respectable, and somehow this paved the way for bug-eyed alien and ray-gun fight extraveganza “Star Wars”, which changed cinema forever.

Movies made between “Metropolis” and “2001-A Space Odyssey” are likely to have poor special effects, corny dialogue, hammy acting, and a thinly veiled message to the audience. Nevertheless some of them are still loved by many today, and we list for you below a few that we think are worthy of your attention.

The Day the Earth Stood Still
A flying saucer lands in a park in Washington, D.C. The pilot Klaatu claims to come in peace, but his arrival brings about a threat to the whole planet. 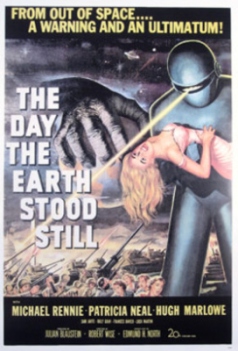 Metropolis
A 1927 German silent classic – the most expensive silent film ever made. It is set in a futuristic mega-city where society is divided into two classes: capitalists (who live in luxurious skyscrapers) and of workers (who live and toil underground).

Village of the Damned
The entire population of a small town suddenly fall asleep, and shortly afterwards all the women are pregnant. Based on John Wyndham’s novel “The Midwitch Cuckooks”

The Invisible Man
The story of a brilliant scientist who defied the laws of physics, and also defied several other laws about not killing people. An adaptation of H.G.Wells’s novel. 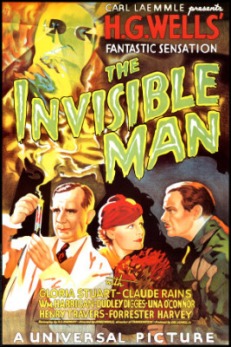 Invasion of the Body Snatchers
People in Santa Mira, California, are starting to behave strangely. Have they been replaced by doppelgangers? 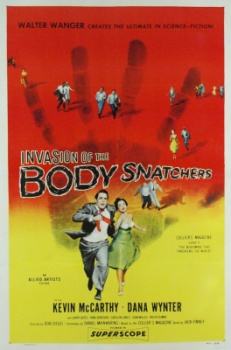