The third man is an intelligent thriller based on a novel by Graham Greene, author of Brighton Rock and The End of the Affair.

It stars Joseph Cotten and Trevor Howard, and features Orson Welles in a small but memorable role. Welles only appears in a few scenes, but he somehow manages to steal the movie.

The story revolves around an American in post-war Vienna, investigating the death of his old friend, who may or may not have been the leader of a crime ring. It is an enjoyable film – well paced, and beautifully filmed, with the streets of Vienna lit in the film noir style (although the themes are not typical noir). It has a few iconic moments too, including Welles’s first appearance and a scene on a Ferris wheel. It also has a soundtrack that you will be humming long after the movie has finished

(If you cannot see the trailer below, your browser may need adjusting)

Holly Martin, an American, arrives in post-war Vienna to meet his old friend Harry Lime, who is now a local businessman and has offered Holly a job. However, Holly is told that Harry is dead – killed in a car accident just a few days earlier. 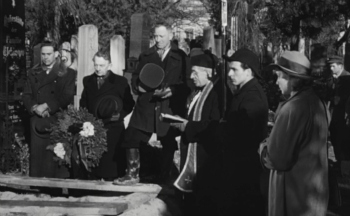 The end of the Lime

Holly attends the funeral, where he comes into contact with a number of people who knew Harry, including his actress girlfriend Anna, a shady businessman called Kurtz, and Major Calloway, a military policeman. The major informs Holly that Harry was actually a notorious racketeer, responsible for many innocent deaths, and that Vienna is better off without him. Holly refuses to believe this, and accuses the major of fabricating it in order to reduce the number of unsolved crimes on his books by pinning them on a scapegoat. He vows to carry out his own investigation.

Holly speaks to a neighbour who witnessed Harry’s death, and learns that there were three people present at the accident – Kurtz, a Romanian called Popescu, and an unidentified “third man”. This contradicts Kurtz’s version of events, and Holly becomes suspicious. When the neighbour is murdered shortly afterwards, Holly becomes a suspect and has to flee from an angry mob. 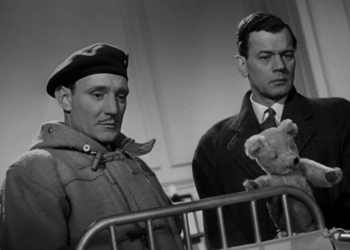 Major Calloway decides that it is time to tell Holly the details of Harry’s crimes. He tells him how Harry had perpetrated a scam involving stolen penicillin, which he had watered down and sold on. This had led to the deaths of many innocent people. Calloway takes Holly to the hospital and shows him some of the victims, many of whom are children, all still suffering horribly.

No sooner has Holly accepted the fact that his old friend had turned bad and that Vienna was a better place without him, then Harry reappears, not dead after all. Holly tries to speak to him, but he runs off into the night.

Holly goes to Calloway with the news, and he has the body exhumed. It turns out not to be Harry’s body in the grave, but one of his gang member’s. Eventually, the major persuades Holly to give Harry up, in exchange for Anna’s safety. Holly arranges to meet Harry, and betrays him, leading to a chase through the streets and the sewers of Vienna, and ending in Holly shooting and killing Harry.

In the final scene of the movie, the next day, Holly sees Anna walking down the street in his direction, and he waits to talk to her. He knows that she is likely to be angry with him, but he hopes that she will forgive him and they can be together anyway. Anna however, walks straight past without acknowledging him. Holly lights a cigarette.

Oh Vienna. You look so beautiful and yet so full of menace and mystery. Your iconic movie moment is a tense exchange between two Hollywood greats, on a spectacular Ferris wheel, against the backdrop of the war-ravaged cityscape. Comparing this to the iconic movie moment of my own home town – where Michael (“I’ll do anything for cash”) Caine throws a fat bloke from the roof a concrete multi-storey car park – makes me feel sad. This means nothing to me. Oh Vienna.

What a nice opening credit sequence too. Almost every review I have ever read of this movie mentions the atmospheric and haunting zither soundtrack. I think I am, however, the only reviewer who admits to not actually knowing what a zither was before he saw The Third Man. I had to look it up. I am prepared to believe that zithers were quite popular back in the day (until Elvis came along and spoiled it) but how come everyone but me seems to know about them today? Was everyone having zither lessons behind my back? Please, someone, tell me I am not alone.

It’s just not noir until a sinister old man turns up selling balloons on a deserted street, at night.

Anyway, the other thing I like about the credit sequence is how many of those names I recognize. Oh yes, I have been reviewing these old movies for a while now, so there is not much I do not know about the key players of 1940s Hollywood. Orson Welles and Joe Cotten – they are from Citizen Kane. Producer David Selznick – he was a notorious mogul responsible for some Hitchcock movies and Gone With the Wind. Carol Reed – now I definitely know her name…(checks Google)…bloody hell it’s a man! Apparently he won an Oscar for directing The Third Man, and went on to be the inspiration for a Johnny Cash song (although the name was changed to “Sue” for scanning reasons), perhaps.

Oh dear, I am now on the final paragraph of my review and I still have not mentioned anything about what I thought of the actual movie. This is a terrible review isn’t it? That is, I am a terrible reviewer, not that I think the film was terrible. On the contrary, it was great. Oh look, that last sentence was a review, sort of. Phew!

The decision to use Vienna as the setting (a decision made by the producer Aleander Korda) was inspirational: the divided city provided a palpable atmosphere of corruption and desperation, with gangsters and refugees working to stay one step ahead of the authorities, the mutually suspicious post-war powers. The sewers, the squares, the darkly menacing alleys, and the rubble-strewn bomb sites all serve as an extraordinary backdrop, which were filmed beautifully in the noir style.

Some critics have accused Welles of making Harry Lime too charismatic and likeable. In fact though, Welles got it just right. It is vital to the movie that Harry is able to beguile and corrupt those around him. If he was simply evil, why would Holly be so drawn to him, and so reluctant to betray him? The emotional turmoil that Holly suffers as he is torn between loyalty to his friend and doing the right thing, is what drives the movie. 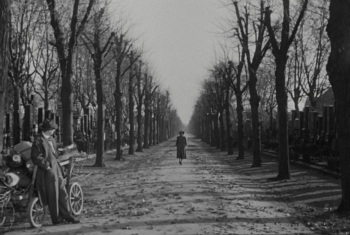 There are many great scenes, including the chase through the sewers, the accusations from the little boy, and the celebrated ferris wheel scene. For me though, Anna’s long walk towards (and straight past) Holly, was an unexpected and unforgettable perfect ending to a perfect movie.

Harry Lime is rather disparaging about the Swiss. He says “In Switzerland they had brotherly love – they had 500 years of democracy and peace, and what did that produce? The cuckoo clock.” We think that is a bit harsh. Apart from the fact that Harry got all his facts wrong (the Swiss did not have 500 years of peace, and the cuckoo clock is a German invention) he completely overlooked so many wonderful things that the Swiss have given the world:

Admittedly several of these things did not actually exist in 1949, but I think my point stands.