Recommended by Joe Bolton
The Call of Cthulhu, in case you are not aware, was a short story written by the American horror writer H.P.Lovecraft in 1926. Although not particularly well-known in mainstream culture, it has a huge cult following, and has been hugely influential with horror writers, spawning an entire genre known as “Cthulhu Mythos”.

Despite the millions of enthusiastic fans, The Call of Cthulhu has never been made into a film, until now (well, until 2005 anyway, but I have only just discoved it on DVD now in 2013. Sorry for the delay).

The film-makers took the decision (long before “The Artist” came along) to tell the story in the style of an old silent black and white movie. While the main reason for doing this was the tiny size of their budget, I actually think it was an inspired decision. The story itself is quite dated – not a lot actually happens until the last five minutes (although this is not a huge problem, as the movie is only 47 minutes long), it is all about the growing feeling of dread, and there is something about the old silent movie format that heightens the emotional content, and allows us to get caught up in the melodrama in a way that we might not be able to with a modern format. The film-makers clearly know this art form very well too. While it is true that, occasionally, it feels as though we are watching a straight-to-DVD movie with the color turned down, there are many great scenes where the style is reminiscent of the old 1920s German Expressionist films like Nosferatu, Metropolis, and The Cabinet of Dr. Caligari. They have clearly attempted to make the film look as it would have done if it had been made in 1926, when the story was written, and generally they have succeeded.

I wonder what would have happened to our movie landscape if Call of Cthulhu had been made in 1926. Perhaps it would have followed the path of the vampire movies – talkies made in the 1920s and 1930s by Universal Studios with increasingly ridiculous sequels, a blood-soaked and sex-fueled reboot by Hammer in the 1950s and 1960s, ironic horror-comedies in the 1980s and 1990s, culminating in a series of 21st century movies where Cthulhu is actually revealed to be a sensitive guy underneath and falls in love with a schoolgirl. Hmmm…perhaps it is best this did not happen. 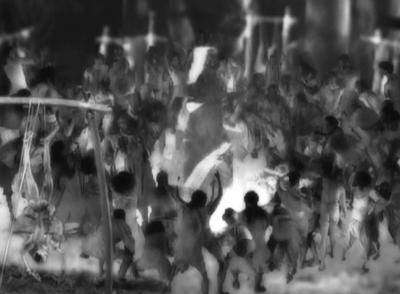 A dying old man tells his lawyer about a diary he read written by his great uncle, about a story told to him by a policeman, who heard it from a one-eyed hippy, who heard it from a an aboriginal tribesman, who heard it from … well … I got a bit confused to be honest, and I am exaggerating a little, but not much. Anyway, it’s about an investigation into a little-known cult who seem to worship a creature known as Cthulhu – a humanoid creature with a tentacled face and bat-like wings. The investigators are terrified by the statues and drawings of the creature that they come across, but do not understand what they are dealing with. The investigation culminates with the telling of a story of a ship’s crew who were almost all killed, or driven insane, when they stumbled across an unchartered island, Cthulhu’s resting place.

What is Cthulhu Mythos?

H.P.Lovecraft wrote many short stories (of which Call of Cthulhu is the most well-known) and novels that seemed to have a common theme – ancient and powerful aliens (mistaken by humans for gods and demons) living on Earth, indifferent to humanity. Although he never expressly said so in his lifetime, many believed that these stories were set in the same universe, and that Lovecraft had in his head an overall history and set of rules for the reality. Some of his contemporary writers used to contribute stories of their own to the milieu, and after Lovecraft’s death there have been many many more. There was even a successful role-playing game that rivaled Dungeons and Dragons for a while.

The term “Cthulhu Mythos” was never used by Lovecraft, it was coined after his death. In fact, Cthulhu is actually quite a minor character in the mythos – he hardly appears again in Lovecraft’s own stories, and he is not even one of the more powerful characters. For that reason, some people argue that the genre should be called Lovecraft Mythos instead.

If you are interested in knowing more about the characters and races in the mythos, there are many websites that will give you all the details you need, but here is a quick taster for you. 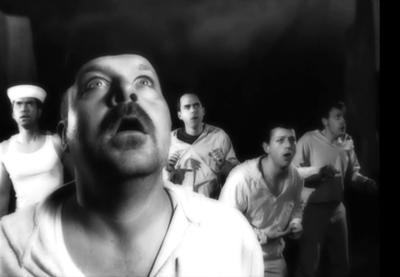 The Thrall of Cthulhu

OUTER GODS
These are the powerful deities who operate on a cosmic scale.

Azathoth: the most powerful of all. He sits and dreams at the center of infinity. He mindlessly created the universe but does not care about it.

Yog-Sothoth: all-seeing and all-knowing deity, he is everywhere. He appears as a mass of colorful globes.

Nyarlathotep: “the Crawling Chaos” – the soul and messenger of the Other Gods, and has many forms.

Shub-Niggurath: a female deity, sort of, who appears as a cloud with tentacles and slime and goat legs. A fertility god.

GREAT OLD ONES
Ancient creatures, usually huge in size, worshipped by deranged human cults and the non-human races in the mythos. They have all be imprisoned, some beneath the earth, some beneath the sea, some on other planets, but it is not known why.

Cthulhu: often regarded as the priest of the gods.

Dagon: the sea deity (actually created by and worshipped by the Philistines) who fathered a race of creatures known as the Deep Ones. Subordinate to Cthulhu.

Hastur – “he who must not be named,” a malevolent deity who used to appear when you said his name.

RACES
The mythos also includes a number of non-human races.

Elder Things: a race of intelligent aliens with starfish-shaped heads. They once had cities across the world.

Shoggoths: shapeshifters created by the Elder Things to be their slaves.

An excellent recommendation
by: Steve Sunday

Thanks Joe, for bringing this to our attention. What an interesting little film. There is an excellent dvd extra “making of” that shows you just how low budget the whole thing was – there was a lot of cardboard involved.

For those of you who are interested in learning more about the Cthulhu Mythos, here is a recommended reading list:

1. Necronomicon: The Best Weird Tales of H.P. Lovecraft
(don’t try to read all of them, but do read At The Mountains of Madness, and The Dunwich Horror)

2. Tales of the Lovecraft Mythos
(classic tales by other writers)